WHAT ARE THE UNDERLYING ETHICAL CONSIDERATIONS AND PERSONAL RIGHTS

The goal of the panel was to take a critical look at the current developments with regards to Digital Ethics, explore the possibilities for different actors to shape this field, and discuss how data and technology might be used to make a positive contribution to our societies.

Definitely a challenging task to fit such a relevant topic into only one hour, but thanks to the moderation of Laura Marie Edinger-Schons, Professor of Corporate Social Responsibility at the University of Mannheim, each panelist helped the attendees to reflect further on their work on digital ethics. There were 4 main topics discussed. 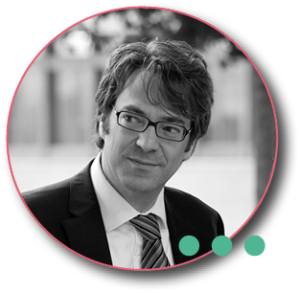 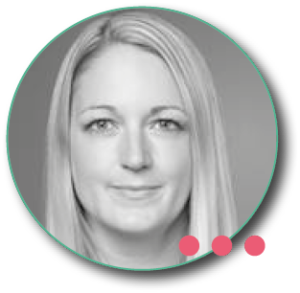 The Ownership of data and the use of it

Michael Giese, founder and CEO of it’s my data, a company that wants to give the people back the ownership of their data, shared his view on this topic. “The ownership of data is the key for an ethical behavior. The ownership must be at the individual […] to really have a better control on the data”, he emphasized. From his point of view, GDPR is a first step in the right direction, but it is not the complete solution.

The role of companies in defining digital ethics

Alexander Kraemer, Manager for Central Europe at Sage Foundation, elaborated on how companies are creating their own rules given the lack of guidance from the government. At Sage, for example, there’s a Code of Artificial Intelligence Ethics to define what can be done in this area. It’s still under discussion which team within the company has the responsibility of developing such codes – the Corporate Responsibility team or the Information Security Office?

“The ownership of data is the key for an ethical behavior.“

Robots and humans: Challenges for the future

Dr. Ernst von Kimakowitz, Director of the Humanistic Management Center summarized the topic in two main areas: asymmetry of speed (1) and distribution challenge (2). Technology is moving much faster than civil society. However, Kimakowitz sees an added value in the majority of robots. They replace jobs that are repetitive and physically demanding, “tasks that nobody finds deep fulfillment in”. Thus, the challenge is not about replacing humans by robots in

certain tasks, but about the mechanisms of distribution within society. “What would a person do every morning if he or she did not need to go to work for 10-12 hours a day anymore?”. Kimakowitz emphasized, “we are not running out of meaningful activities to engage as humans, we are running out of activities that the market decides that a human can do more effective as a machine”.

The discussion was mainly around the sort of „bubbles“ in which people are involved nowadays when it comes to consuming information. For Dr. Ernst von Kimakowitz it’s not developing in a promising  direction. He believes that we cannot form opinions if we are not confronted with what’s outside of what we already believe, making the analogy to music playlists recommendations.

Another aspect of today’s media consumption is information overload. For Michael Giese overload might be a good educational method as you are trained in making your own choices. But if you are not educated, you can quickly become a victim of the “bubbles”. However, as Dr. Ernst von Kimakowitz said, “we are lazy by nature and the challenge is to overcome this inertia and saying I will do the extra effort to be able to make conscious choices”. One suggested solution from the audience was to start by educating children is schools about how algorithms in media work. Everyone in the panel agreed.

The discussion could have continued for hours. The audience was very engaged and shared thoughts on which each panelist elaborated further. Ethics are the moral principles that govern a person‘s behaviour or the conducting of an activity. And each person, or even societies, have their own moral principles. Technology  just adds one level of complexity to the already complicated and lenghtly discussed question on “who decides what’s ethical?” If you are curious about the different opinions on this question, Quora provides a great example of how digitalization has changed the way we debate throughout history.

„Technology is moving much faster than civil society.“

Is the Circular Economy a precondition for a responsible digital future?

Circular Economy IS THE CIRCULAR ECONOMY A PRECONDITION FOR A RESPONSIBLE DIGITAL FUTURE? The Circular Economy aims to make maximum use of resources, keep them at highest value [...]

Digital Democracy The aim of the panel was to explore how modern information and communication technologies could promote democracy and make democratic processes more inclusive. To cover the topic, two [...]

Digital Ethics - Robots, Data, Control WHAT ARE THE UNDERLYING ETHICAL CONSIDERATIONS AND PERSONAL RIGHTS The goal of the panel was to take a critical look at the current developments [...]