The aim of the panel was to explore how modern information and communication technologies could promote democracy and make democratic processes more inclusive. To cover the topic, two main speakers from very different backgrounds joined the stage. On the corporate side of, Barbara Costanzo – Vice President Group Social Engagement at Deutsche Telekom AG – was taking part in the panel. Next to her, Ulf Gebhardt – Project Manager at Democracy Deutschland e.V –  the organization behind the app DEMOCRACY, which lets citizens vote for initiatives in the German parliament was part of the discussion. Leonard Nima, co-founder of N3XTCODER and moderator, guided the panelists to find common grounds,  but also to talk about different opinions when it comes to citizen involvement in democratic processes. 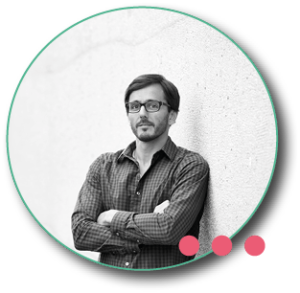 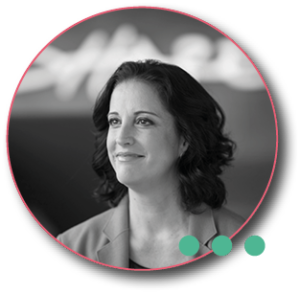 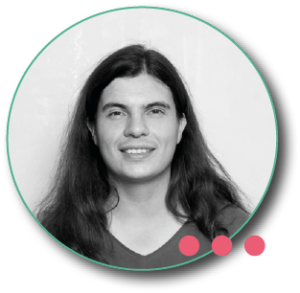 How digital has impacted democracy

The first question to discuss was if digitalization and social media have improved democracy or if the opposite is the case. The audience also had the chance to answer this question. Opinions were divided. For Ulf Gebhardt  “Democracy is about different opinions […] to discuss how we want society to be. There are of course negative side effects, like hate speech, but it’s the minority. And it’s very important to open the discussion to these extremes as well”. Barbara Costanzo didn’t fully agree. Her main concern is the misunderstanding of democracy and how people confuse, for example, freedom of speech.

What needs to be done to go in the right direction

To make sure digital democracy goes in the right direction, “everyone should participate” said Barbara Costanzo. Not only individuals but also corporations, like Deutsche Telekom. Although they are not forced to do so, they have programs, like the workshops on media competency, to enable people to do things against hate speech or to do fact check among other topics.

The need of more regulation

Another way of going in the right direction could be more regulation, suggested Leonard Nima. However, Ulf Gebhardt thinks that “we don’t need more regulation of freedom of speech”. In his opinion the solution is simply not to listen to hate speech and to remain in ones own social media bubble. Of course a controversial opinion that Barbara Costanzo didn’t fully agree with. In her experience, teenagers don’t know how to get trustworthy information or think that a problem is over because they don’t get any more news. That’s why she thinks that there should be education on the handling of social media, specially from young age on. As an example she mentioned a project Deutsche Telekom supports, in which journalists teach students about serious journalism.

Questions from the audience

After the discussion, there was room for questions from the audience in a creative and democratic way. People came together in  groups and jointly suggested different topics that the panelists had the chance to elaborated on. For example, how could governments regulate companies like Facebook or Google in order to increase the diversity of opinion. To Ulf Gebhardt, this is very difficult as those companies are global and he doesn’t see any global entity responsible of it. Another point made by a group was about balance: How to make sure that are enough opinions from all sides or that the opinions are neutral.

Barbara Costanzo mentioned that this point has been discussed as well in some of the working groups she is involved in. They know that media competency is not currently neutral, but “it’s about democratical rules and how we want to live together in the internet” and this is why people should learn more so that everyone has the chance to participate equally.

In the case of the Democracy App, one solution they found was not to say which party proposed a law, so that people could vote on content and not on political affinity.

The last question was about inclusion of marginalized groups. To this point, Ulf Gebhardt explained that the audience for democratic involvement is limited by competency, because democracy is a complex topic. Not everyone wants to read the whole text of a law. Petitions on the other hand are more engaging, as they are easier to understand. For Barbara Costanzo there’s no need to wait until people get interested. “We can scale by jumping on them, showing best practices, looking for multipliers, like teachers. Don’t wait!”

„We don’t need more regulation of freedom of speech.“

Is the Circular Economy a precondition for a responsible digital future?

Circular Economy IS THE CIRCULAR ECONOMY A PRECONDITION FOR A RESPONSIBLE DIGITAL FUTURE? The Circular Economy aims to make maximum use of resources, keep them at highest value [...]

Digital Democracy The aim of the panel was to explore how modern information and communication technologies could promote democracy and make democratic processes more inclusive. To cover the topic, two [...]

Digital Ethics - Robots, Data, Control WHAT ARE THE UNDERLYING ETHICAL CONSIDERATIONS AND PERSONAL RIGHTS The goal of the panel was to take a critical look at the current developments [...]